Defenestrate………coolest word in the dictionary! 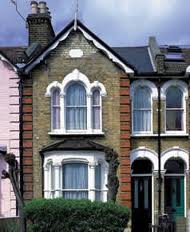 Defenestration is the act of throwing someone or something out of a window. The term was coined around the time of an incident in Prague Castle in the year 1618 .. The word comes from the Latin de-(down or away from) and fenestra (window or opening). Thanks Wiki!

I first read the word in a story that detailed the corrupt and immoral dealings of a man called Roberto Calvi, along with an organization called P2, The Vatican Bank, and Italian Mafia. In the end, Calvi was said to have scaled the underside of London’s Blackfriar’s Bridge and hanged himself. Oddly, it was ruled a suicide even though his pockets were filled with bricks, and he could have saved everyone including himself so much trouble by just jumping over the bridge. In a related story, it was said that 4 hours earlier, his secretary had defenestrated at his office in Rome. Yea right, he must have been so broke up by the news of his boss.

I always thought it would be fun to use the word “somewhere,” but never got the chance until one day recently.

I was over my friend’s house; let’s just call them Rob and Laura Petrie. They are the kindest people with 4 great wild boys. They bought a big Victorian house, and had plenty of room, so it was natural that one day they would invite Laura’s father Joe to come live with them. I was up in his room the first week he moved in. I asked him how he was making out with his new “digs.” He expressed joy to be so welcomed by his children, and grandchildren, but did admit some slight apprehension about giving up his old home where there was plenty of peace and quiet, to now living in a large and dynamic house with a “new” family including 4 very active boys who always want “Papa’s” attention. There was a pregnant pause as I turned to the left where the features of this old Victorian house suddenly hit me. I turned back to “Big Joe” and asked; “Do you know why the windows are so big in these old homes?” He said “no.” I said “in case you have to defenestrate!” He looked at me, not understanding. I said “If the chaos gets to be too much, you can throw yourself from the window with ease!”

He broke out laughing. He said “NICE; I see your point!”

I think everything is going to work out for him.

8 thoughts on “Defenestrate………coolest word in the dictionary!”