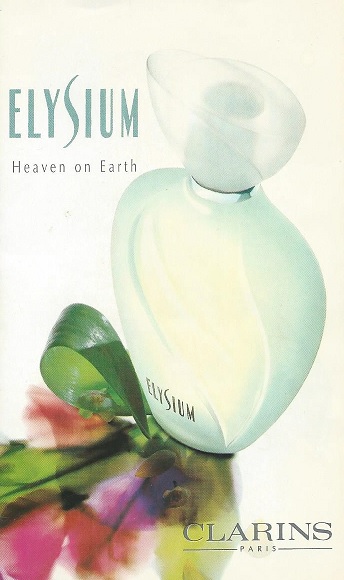 Today will be kind of simple. I thought I would list some fun and interesting things about perfume. This one is for a longtime reader; Gus. He has been pleading with me for 5 years to use this subject matter as the Letter P. I’m not sure I can keep taunting him by writing about the Partridge Family and then publicly tell all my readers that “NO Gus, I will not use the letter P to write about The Power Of Perfume!

Gus, let me also assure you, this blog space will NOT be used to tell the alleged story of how a middle age man (not me) went to CVS to pick up some plastic forks to eat his microwave dinner and was seduced by the “Scent Of A Women” in the perfume aisle. Furthermore, I will not mention “above-said man” being so overtaken by aroma euphoria that “he” marched out of the drugstore, arms outstretched like a Zombie, mumbling “take me to your leader,” only to find out that the woman he was “enchanted by” ditched him in the parking lot, and the smell he was now basking in and yearning for, was the downwind exhaust flow of the Buffalo Wings at Vivaldi’s Pizza. Boom!

I won’t lie to you (this time), but I do like perfume. Not to drink mind you, but a little bit on a woman is nice. Perfume seems as classic as pearl jewelry and somehow has a hint of charm and sophistication. I have been thinking that there seems to be less perfume wearing women in the world, but I now suspect that I started to notice this phenomenon about the same time I began to work full time in a power plant with 99.999% men, and the .001% of woman seem to float in the communal scent of hydraulic fluid.

1. My favorite perfume quote; “A real date, like when I take out my good perfume that I got after I saw Love Affair; the good one, not the remake, and put a dab behind my leg, I don’t even know why?” Lois Lane upon being “asked out” by Clark Kent on “Lois and Clark.”

3. Martha Reynolds from Martha Reynolds Writes has been participating in the A-Z Blog for many years. Two years ago she was writing about Paris and leaves us the tidbit that Coco Chanel got her name from the cocaine parties she threw. https://marthareynoldswrites.com/2016/04/04/paris-between-the-wars-c-is-for-coco-chanel/

4. I found a paper-enclosed perfume sample in an old drawer while cleaning it out (the actual picture above). It was for Elysium Perfume. Maybe from 1993. I must have put it there as a gift idea. I don’t remember who it was for or why, but I do remember being impressed by it. There is still a faint scent of something on it; maybe dust.

5. I don’t remember the last time I bought cologne (perfume for men), but I do have a bottle of Old Spice (Old Spit) aftershave that I almost never use. It always reminds me of my father when I was a little kid.

6. When Gus and his lovely wife moved into their first home, a lamp was left behind along with some scented bottles. A dab on the lightbulb would usually leave a very pleasant smell including a vanilla scent that would always trigger a happy mood and the craving for French Toast. This is not perfume, but most all people including children are aware of the connections between smell and emotions; be it cut grass and baseball or laundry detergent and the longing for a loved one.

7. Speaking of movies and remakes, the Al Pacino movie “Scent Of A Woman” was a remake of an Italian Film.

8. “The most expensive perfume? DKNY Golden Delicious Million Dollar Fragrance Bottle. The famous designer, DKNY teamed up with the famous jewelry designer, Martin Katz to design and create the most elegant, and expensive perfume ever. This is a total, one of a kind that has been designed and it costs a pretty penny. The bottle contains 2,909 precious stones, all-in-all, and they include, 183 yellow sapphires, 2,700 white diamonds, a 7.18-carat oval Cabochon sapphire from Sri Lanka, 15 striking pink diamonds from Australia, 4 rose-cut diamonds, a 1.6-carat turquoise Paraiba tourmaline from Brazil, a 3.07-carat oval-cut ruby, a 4.03-carat pear shape rose-cut diamond and a 2.43-carat flawless, yellow Canary diamond that adorns the cap. The entire process of hand-placing each stone, it was a total of 1,500 hours and the end product was the skyline of New York City. It was to be sold for $1 million dollars with the proceeds to be donated to the Action Against Hunger charity organization. It is the most expensive bottle of perfume to date.” FROM MONEY INC

Don’t worry Gus, I don’t think they sell the above bottle at CVS; just a hunch.

4 thoughts on “Letter P-Power Of Perfume”