Why Did Mr. Baker’s Secretary Have To Leave This Town? 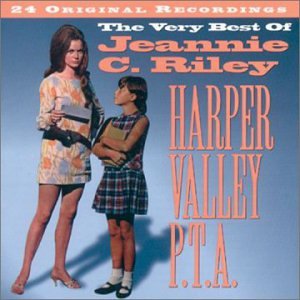 It’s been a long time since we mixed song lyrics with the nonsensical babblings of Zulu Delta 45, bridging not only time but the observations of the modern world (I told you it would be nonsensical), so let’s get going!

In 1968, Tom T. Hall wrote the song Harper Valley PTA, and then Jeannie C. Riley brought it to robust life. I’m not sure which day it was when one of the catchy “unaware lyrically” songs of my youth turned into a selection on my iPod in my adult life when all the words were fully understood.

“and Mr. Baker can you tell us why your secretary had to leave this town?”

Although there is no definitive answer, I’m guessing that by the date and context of the song, that Mr. Baker’s secretary was pregnant by Mr. Baker, and because he was already married, the woman had to slink out of town in shame. As I type this, it occurs to me that if the song was written in modern times, the answer to this question could have several more answers;

1. It turned out that the secretary was not pregnant. Mr. Baker had hired an illegal immigrant “under the table” and then the Immigration and Customs Enforcement agency; ICE, had raided his workplace, and arrested this woman who “has no rights or access to legal counsel.” Mr. Baker being an “upstanding individual” in the community faces no legal or financial consequences for the actions of his sham employment practices.

2. Mr. Baker’s Secretary did have to leave town; to seek help elsewhere. Mr. Baker’s Secretary is indeed pregnant. She is scared and truly alone. She has no health care coverage because Mr. Baker believes that type of essential need is a socialist welfare burden. She needs options, guidance, and answers to her questions, BUT…….Planned Parenthood has been defunded and run-out of town in her surrounding community because it’s a lot more “Christian” to harass a pregnant woman who “got pregnant all by herself,” and then burn her like a Witch than it is to help another human being.

3. As it would become blatantly evident, Mr. Baker’s Secretary is not pregnant or even his secretary at all. It turns out the woman is Mr. Baker’s daughter, who has no legitimate skills or experience for the job but has been bestowed a Top Secret intelligence clearance and designated a senior member of his staff. She eventually has to leave town to oversee several sweatshop clothing operations in Asia, where “Daddy,” has strong-armed the local government into allowing her illicit “business'” adventures to continue.

I wonder if we look at other lines in the song, we could find some comparisons from then to now.

“Well, there’s Bobby Taylor sittin’ there, and seven times he’s asked me for a date.”

It was recently revealed that the employees of Google wish to unionize. One of the main reasons was news broke that Google paid two executives $105 Million Dollars as “departing gifts.” Initially, it wasn’t mentioned that there was credible evidence that both men were guilty of multiple sexual harassment complaints and were escaping the company with no repercussions.

As sad as it was in 1968, one thing time has not changed, is excessive alcohol consumption; especially during the COVID Pandemic. Everyone, from Health Care professionals to everyday people are greatly concerned about the amount of alcohol that is being consumed on a daily basis; exasperated by quarantined and “working from home” employees.

Ok, OK, let’s not tip-toe around this one. Here it is; Widow Jones is a “cheeky monkey,” Yeah, that’s right! It’s possible that in 1968, her only “crime” may have been that she was seen kissing a man on a couch with no shoes on, which would have been scandalous, but we all know that if Widow Jones was living in 2020, there is no doubt she would be “That Girl.” No, not the cute reincarnation of Marlo Thomas, but that woman who logs on virtually to the Zoom Call for the local city council meeting. When she raises her hand to speak, and then stands up to address the council, the world finds out that she is only dressed from the waist up. Social media brands her the “Zoom-Zoom Girl,” and she is one of the few people loving the year 2020!

Well, they’re just lyrics; and what do I know, but writing non-sensical things is fun!

4 thoughts on “Why Did Mr. Baker’s Secretary Have To Leave This Town?”