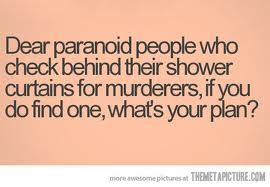 At the moment, I’m not talking about death, the end of a sporting event, or even the final curtain of a theater production. Unfortunately I’m talking about the kind of curtains found in a store that you buy for your house to cover the windows; and I mean unfortunately!

When I bought my first house, there were certain things I was not only prepared for, but was fully qualified to handle; painting, carpentry, plumbing, and by all means electrical! As a single guy, I had even come to grips that I may have to do a certain amount of “decorating.” I would buy some rugs, some appliances, and hang a few pictures. In the back of my mind, I knew I would need some type of curtain, or shades; I was just not prepared for the actual being in the store buying them.

Knowing that I might need some reinforcement in such an awkward situation, I did what every clever brother would do; I called up my curtain-loving sister, and asked her if she wanted to come help me buy some for the house. This would be the equivalent of calling up your friend and asking him if he wants to go to see the Boston Celtics play game seven of the NBA finals against the Lakers in the Boston Garden, with court-side seats. Yea, it’s like that for her!

It did not go well! 27,541 stores later, suffering from severe exhaustion, dehydration, and the words, and expressions “panel, pattern, and thread count” burning a hole in my cranium, I waved the white flag, and swore I would tape newspaper to the windows before I looked at one more curtain!

Months later I would walk that narrow lonesome path to the curtain shop by myself knowing I would preserve with only a man’s inherent DNA. “We know these truths to be self-evident;”