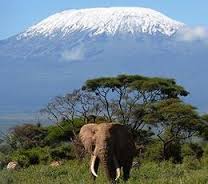 “Please come to Denver with the snowfall. We’ll move up into the mountains so far that we can’t be found, and throw “I love you” echoes down the canyon, and then lie awake at night until they come back around. Please come to Denver. She said, “No. Boy, would you come home to me?” Dave Loggins; Please Come to Boston

There are various reasons why one might find themselves in Denver, Colorado; skiing, hiking, business, or a concert at the famed outdoor amphitheater cut into the earth; Red Rocks. Well, if you’re lucky enough, and the federal government doesn’t shut down (which at the start of this blog, that’s exactly what happened), you may witness mankind on one continent doing something heroic to help some animals on another continent. Sometime soon the United States will destroy a collected stockpile of approximately 5.4 tons of illegal, and confiscated elephant ivory. http://www.ifaw.org/united-states/news/us-calls-global-destruction-illegal-ivory.

Let’s sidestep for a moment. We discover the truth; the illegal ivory trade is not some small time “trinket trade” sustained by natives creating art and jewelry at a roadside stand. It is often the crux of a large-scale criminal enterprise spanning all the continents. Chinese customs officials recently broke up two gang-related ivory smuggling rings worth $100 Million USD. Azzedine Downes, President, and CEO of the International Fund for Animal Welfare (www.ifaw.org) was quoted; “Wildlife crime ranks among the most serious, dangerous and damaging of International crimes along with human trafficking, drug running, and illegal arms sales.” Taken from the IFAW (International Fund for Animal Welfare) website fast fact section; “China is one of the largest consumers of wildlife products and an IFAW study found that 70% of Chinese consumers did not know that elephants were killed for ivory. Some thought elephants might lose tusks like people lose teeth. In Chinese, “ivory” literally means“ elephant tooth.” The truth is; initially, many of us had the same ill-conceived ideas in our heads as to where the ivory came from; maybe it was found on the ground, or unearthed from dead animal remains; like finding an arrow-head rock in the desert. Not so. The last thing so many of us were thinking, was the realization that vast amounts of animals were being slaughtered by criminal gangs, and poachers with military grade weapons for their ivory alone, while leaving the dead carcass to rot cruelly, and needlessly. Maybe there was a time when we owned, or bought ivory products; honestly unaware of their horrific origins. Through the gift of enlightenment and education, we can move forward and chose not to contribute to the sale and possession of ivory in the future.

To be honest, when I first heard the news about the destruction of the ivory, I thought to myself; “hey, why destroy this ivory? Maybe they could sell it, and give the money back to programs to help the elephants?” The answer is simple; NO! Selling the ivory would only perpetuate the illegal trade, and create market value and desire for the ill-gotten artifacts. Comparing that scenario to a more widely covered subject, it would be the ethical analogy of seizing cocaine in a drug raid, and then selling the contraband back to the addicts; all the while preaching to them to give up drugs. The more reading I do, and the more I research this subject, the more I love this idea of destroying the ivory. To leave a biblical quote, and conceptual idea laid out in the movie; The Da Vinci Code; “This and no further!”  We can now skip the nonsensical rationalization how selling the ivory, in reality, is helping the animals; you know, just like preaching how the local lottery is a necessity in that we need it to buy school books for our children; one of the first “urban myths.” I’m not pious, I play the lottery, and I play that lottery for one reason; when I hit the mother lode, I intend to build my spaceship, and …ah, um, ah….well, never mind. The bottom line is I have no misconceptions about the benevolence or lack thereof that the lottery money is sustaining. Let the ivory trade inherit the same bold truth.

One thing is for sure; whether I win the lottery or not, the only ivory I will be buying is Ivory Soap; to wash away the gruesome images of beautiful animals being destroyed for their aesthetically pleasing characteristics.

One thought on “PLEASE COME TO DENVER”