Hawaii– The sight of red-hot volcanic lava flowing into the ocean is such a magnificent display of natural beauty that it almost seems fake.

Idaho– I know it’s sophomoric, and somewhat crude, but every time I see someone wear “that shirt” saying “Idaho??? You Da Ho!!!” I crack up. 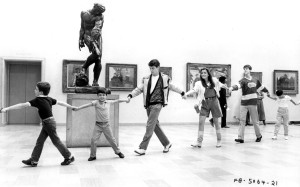 Illinois– I think one of the coolest things about so many great movies filmed in Chicago is the abundance of ordinary people and refreshing everyday believable characters, whether it’s The Blues Brothers, Ferris Bueller’s Day off, Adventures in Babysitting, While You Were Sleeping, or High Fidelity. Of course, the great soundtracks don’t hurt either. “No one gets out without singing the blues!”

Indiana– Flat?? You think?? During a visit to my sister once living in the northern part of the state, she asked me what I had been doing while she left the house to do some errands. I told her I had spent the day throwing myself down the stairs just to remember what an incline felt like again!

Iowa – RAGBRAI is a 7 day bike tour across the state of Iowa that started 43 years ago. I love my bike rides, but I’m not sure I want to ride all day for 7 days straight. However, the idea of being around the event’s 10,000 people who do would be a great way to meet so many nice people who share an interest with me.

Kansas– In 1965 “Papa Zulu” packed up 5 kids and a wife in a station wagon and drove from Boston across the country to see what was there. Years later, I asked him what was in Kansas….he said in this EXACT accent and inflection which we repeat all the time; Kon, Kon, Kon, Kon……Kon, Kon, Kon!!!! (That’s Bostonian for Corn to those who need translation).

Kentucky– There is no doubt the University has a great basketball program. The present coach claims that of the “eligible” athletes on his teams, 100% of them have graduated. The NCAA claims the real number is 33%. If only the school had a higher education department, we could find out the real answer.

Louisiana – In 2005 Americans publicly donated approximately $4 Billion of their own money to help fellow Americans recover from Hurricane Katrina. The Government chipped in another measly $120.5 Billion for the region. Every time I hear some politician from the state condemning all “socialism,” I want to puke! Please, share your music, but you can keep your B.S! 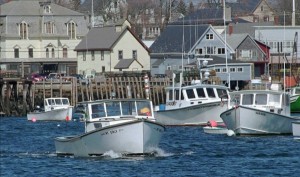 Maine– The state has 4,613 islands but no hockey teams named the Islanders. Favorite quote from the TV show Haven which was loosely based on stories from Maine resident Stephen King about a town called Haven, Maine; Haven Police “Do you like pancakes? We have good pancakes.” FBI Agent; “What about lobster? That’s a Maine thing, Lobster. Isn’t it?” Haven Police; “I don’t like lobster, I really like pancakes!”

Maryland – One day the British Plant Manager said “That company is based in Mary Land.” We all cracked up. “Mary Land” we howled; “is that next to Fairy Land?” England and the United States; two countries separated by a common language.