Crazy As A Coca-Cola Conspiracy 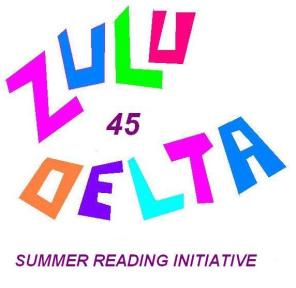 Not so deep in the history and psyche of America, rests the incident known as “the day Coca-Cola switched from their much beloved, and proven formula drink to a new tasting formula with a clever name to match.” OK, that wasn’t really the name of the incident, but….. They called it “New Coke.” The same Coke that is easily one of the most iconic and “recognized brands” on Earth (Anno Domini, I can’t believe I just wrote something about brands…..Merde!).

The name and plan didn’t go so well…….or did it?

Much has been written and discussed about this episode; be it at the local party, the marketing class at the university, or in the corporate boardroom. Not surprisingly, the debate still rages about whether the company  pulled off one of the greatest process production switches by replacing the real sugar in Coke with the lower cost High Fructose Corn Syrup, HFCS, or completely bungled a marketing scheme. Add “neither” and “both” to that argument as well.

One thing is known for sure; these were the words spoken by Donald Keough, President of Coca-Cola in 1985. When addressing the question of whether Coke had just hood-winked America, or completely screwed up, he said; “Some critics will say Coca-Cola made a marketing mistake. Some cynics will say that we planned the whole thing. The truth is we are not that dumb, and we are not that smart.”

I guess it’s only fitting that such and iconic quote would come from the same iconic company. It only seems to fuel the fire of debate.

I remember taking the “Blind Pepsi Challenge” at a roadside stand in the city along with a few others. The person giving the “taste test” stressed more than anything; “don’t tell me which one is Coke, and which one is Pepsi, tell me which one you like better.” I was surprised how many people picked Pepsi. I also recall how euphoric I was when “Coke Classic” returned; like loosing your wallet and then finding it; with the cash still in it.

I’ve read a lot of articles on this subject.  I was going to write the whole thing out, but in truth, I wouldn’t be adding anything that’s new, or my own. That’s OK with me, because I like the idea of exchanging ideas and information. I came across, and enjoyed  this story (link below) that sums it up fantastically. I ask that you take a moment and read it.

BTW, I have recently given up all “soft drinks” as a path to better health; I even miss old “New Coke!”