Orange. This Is An Orange 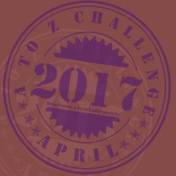 Today I want to leave you with a short video by Anthony Lawson. It’s about 9/11 in the United States of America.

I may have just lost some of you. I understand.

If you’re still here, first check out the quote from Anais Nin; Born in France but spent most of her life living and writing in the U.S. and eventually dying here in 1977.

“There are very few human beings who receive the truth, complete and staggering, by instant illumination. Most of them acquire it fragment by fragment, on a small-scale, by successive developments, cellularly, like a laborious mosaic.”