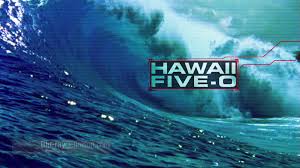 Hello! Welcome to Zulu Delta’s summer reading initiative! The letter “A” starts today, so let’s get going with a visit to  “TV Land.”

As I’ve pointed out in this blog before, television shows have come a long way. I’ll admit to even liking a few of them, even though I can’t stand the commercials, and wind up wasting a lot of money to download individual episodes to avoid them.

The biggest Zen question today is; “ If you’re watching TV, and nobody gets murdered, are you really watching TV?” The answer is probably no, because not only have I noticed it, but most people I casually ask the question to immediately answer no as well. I decided to conduct  a web search for the most popular shows about murder and instantly came up with an article by Margaret Lyons entitled “Maxing Out on Murder: Good Luck Finding a Decent TV Drama Without Rape or Killing.”I guess a few of us were thinking the same thing.  She goes on to list all the then-present shows with murder and rape themes, and there’s a lot of them!

If you haven’t guessed by now, to have this many murders and rapes on TV, there needs to be “a ton” of medical examiners, and police detectives. This isn’t really new, it goes back to at least Quincy in the mid 1970’s for the medical examiner, and to 1949 to a show I’ve never heard of before; Man Against Crime for the detectives. Now days, some aspects are new; there’s DNA evidence, and computers, but in many ways, things are the same, and as the coroner gets more beautiful, the detectives get more handsome. Let’s interrupt our thoughts for the funny classic line, and scene from “Men In Black;”

Will Smith  (looking at the female coroner) “not bad….you know she’s got that whole Queen Of The Dead thing going on………..

Tommy Lee Jones; (exasperated) “Not her! The dead alien body!”

Now here’s the new twist; it’s not enough to be a beautiful doctor, or highly educated FBI agent; you have to be a Navy Seal! That’s right, the guy working at the Moped rental shop? Navy Seal. The guy working the   McShake machine? Navy Seal. The guy who just happens to be a JAG Lawyer, AND fighter pilot; you guessed it, Navy Seal! Things have gotten so out of hand, the flunkie character is actually a NASA space shuttle engineer, or the occasional substandard Army Ranger.

While we’re at it, lets continue on to a show I recently started watching on Netflix; Hawaii Five O. It’s a remake from the 70’s, but it’s not bad, and I’d  recommend it. The goofy part is just what I mentioned; the main character is a, that’s right; Navy Seal, and in more than one episode, there are various other Navy Seals, and a few scattered episodes of, what the hell; Navy Seals. Let’s not forget, the show throws us a fun quirky character that just happens to be; the medical examiner.

The aspect of the show that cracks me up the most is the uniform of choice for so many of the bad guys / terrorists /gangsters. It seems the majority of them conduct their criminal acts wearing none other than ski masks. That’s right, ski masks. You’ve seen them before; fully facial, black, knit, slits cut for the eyes, nose, and mouth. What the hell? Would that be the same ski mask that hasn’t been seen since the 1950’s and then only sold from a few places; like the Yukon and Siberia? I’m guessing there’s an abundance of ski masks available on one of the most tourist filled tropical islands in the world in case the overnight temperature drops down to an Icelandic 82 degrees Fahrenheit! Here’s an idea for stopping crime;”Five-0″ should just go to the local Army/Navy store and arrest anyone who has bought a ski mask, unless they can prove they bought it to ski down the volcano.

One thought on “Aloha…….From The Medical Examiner’s Office!”