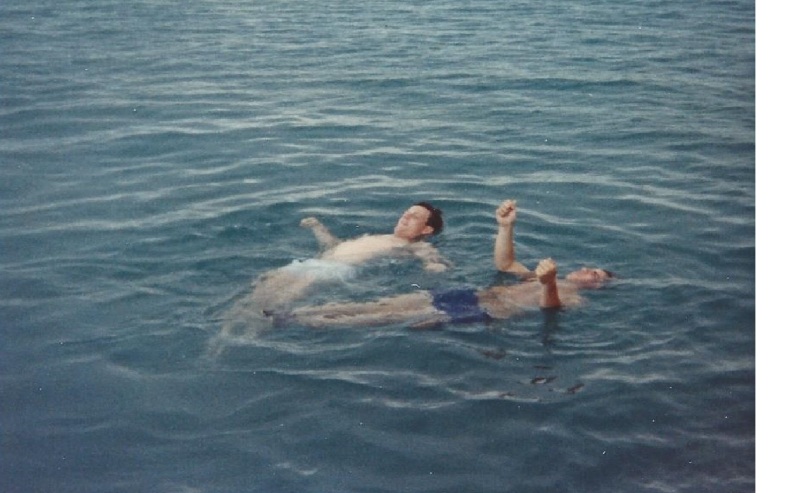 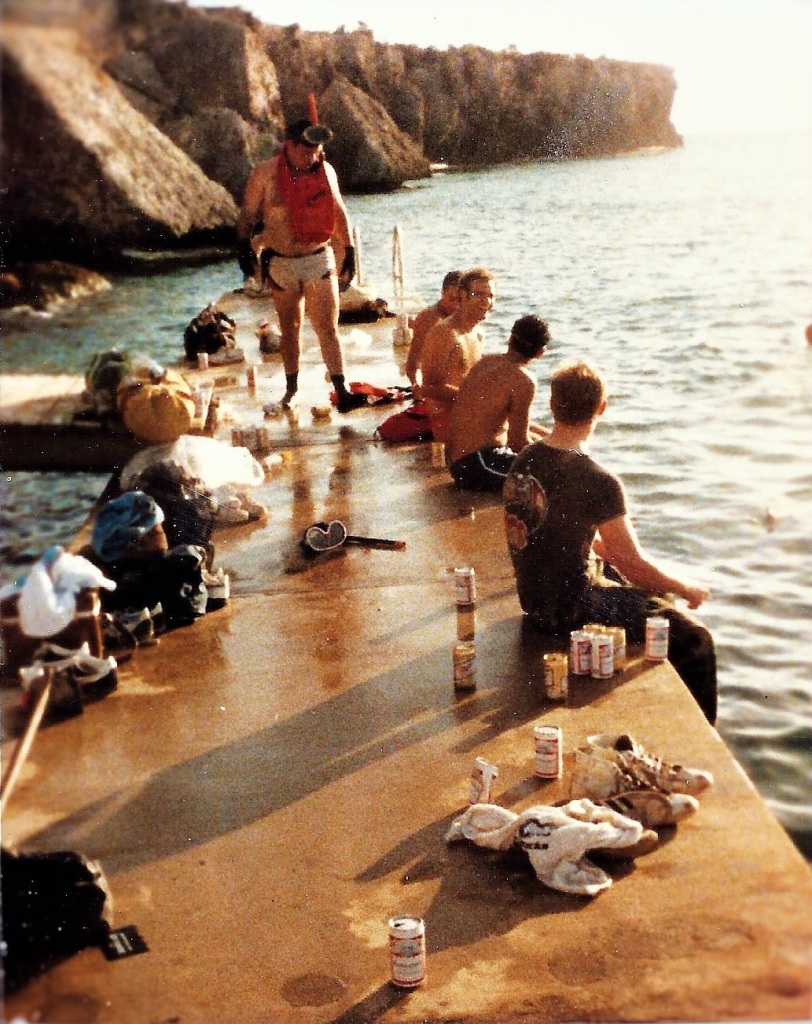 Naval Station Guantanamo Bay is a United States Military Base on the Southeast end of the island of Cuba. The base takes up 45 sq mi of land and water. To the U.S. Navy sailors, we called it GITMO. In 1903, the Platt Amendment was created at the end of the Spanish-American War. A treaty with Cuba for the Lease at Guantánamo Bay, Cuba, which the U.S. used as a coaling station and naval base was enacted. The U.S paid $2,000 in gold per year, until 1934, when the payment was set to match the value of gold in dollars. In 1974, the yearly lease was set to $4,085 (Some notes from Wikipedia).

In the early 1980’s, I visited  GITMO twice while I served in the U.S Navy.  At the time the Navy used the station for REFTRA; Refresher Training. The Navy had two places for REFTRA. The sailors on the West Coast went to San Diego. They practiced hard, they drilled hard, they learned. Each day at 1600 (4PM), it was “Liberty Call, Liberty Call” for the sailors. Down the brow (gangplank) they went, and off into the California sun to enjoy the night.

The guys on the East Coast went to GITMO. We also practiced, drilled, and learned, but we started at 0500, and throughout the day, we ran fire drills, rescue and assistance drills, battle drills, man-overboard drills, gunfire support drills and every other drill you could imagine. On Saturdays, we walked over to the tear gas chamber and practiced our gas mask drills. As a side note, one or two ships had the crew line up and pretend to march over to the gas chamber, but seeing that sailors never march since leaving boot camp, it’s a painful and ugly sight to watch. It was actually worse than watching “onboard fleet sailors” attempt to salute; another task not done on a regular basis. Some days we would go out to sea, a few days we stayed in port. The ship was “held captive” by the crazy GITMO instructors/observers wearing blue jumpsuits. There was no scheduled departure. You stayed at GITMO until you received a proficient grade in all areas. This was even more difficult to the sailors on the older ships, where things did not always work so well. If you did make it back into port at the end of the day, there was a quick break for dinner, and then more drills. After that, the Signalmen, such as myself, were required to set up a bridge watch and run communications drills with the other ships, and the crazy loonie-bin “jump-suits,” who would man a land-based communications tower up on the hill. This went on to taps; 2200 when you dragged your ass to bed, and waited for the insanity to start all over again the next day.

As bad as the experience was, some light did shine through. Sometimes on a Sunday, if you didn’t have to stand your normal watch, we were given the day off, and then there were some incredible experiences. We played golf on an amazing tropical course (while getting yelled at for violating golf etiquette and going shirtless). There was no McDonald’s or corporate restaurant. There was the Stop Light Cafe, next to the outdoor movie theater. There was some small little restaurant made out of a broken down Quonset hut that served up one of the greatest meals I’ve ever had in my life; prime rib beef and French onion soup. https://en.wikipedia.org/wiki/Quonset_hut 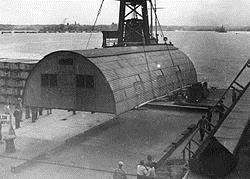 There were literally cattle car trucks that would get loaded up with sailors at closing time at the enlisted club. We were jammed in there like cattle. In all honesty, some of the sailors were dunk……..hahahahahahah! Ok, Ok, all the sailors were drunk. It was our job!

Long before blogging, I would sometimes write a literary piece called “The Underground Plan Of The Day,” modeled after the real P.O.D. It contained the exploits of my shipmates engaging in real and sometimes fictitious episodes (sound familiar). The real; shipmates carrying spearfishing guns down the main street. Shipmates jumping overboard on the rented fishing boat at a coral reef and getting seriously injured, or shipmates mouthing off to the Shore Patrol about how our “angelical crew” was being treated “On The Rock.” Another time my shipmates proudly lined up “on the rail” to spit down on the tugboat who would come alongside us, because they had a huge Confederate Flag painted on the stack. One sailor fell overboard while the ship was still tied up to the pier, as well as other funny stuff only “Squidly” would do.” Sometimes I would even incriminate myself in the newsletter to deflect suspicion about who was really writing the Plan Of The Day. One time, I wrote a “story” about a Russian Spy who was onboard our ship. The Captain howled in laughter about that one. In reality, Russian Merchant ships would pass us all the time, on their way up the Bay to a Cuban port. Some guys would “flip them the bird,” but I just usually waved, and they waved back. “Sailors on both ships; doing our jobs.” The Underground Plan Of The Day was VERY popular onboard, and if you think my spelling and grammar is bad now, you should have seen me go; manually typing and correcting in the middle of the night by flashlight, up on the signal bridge, using a “secret” portable typewriter.

And then there was Cable Beach. We would start the day with softball tournaments against our shipmates, or other ships, or sometimes against the Marines stationed at the base, whose primary job was to guard the razor fence perimeter, maintain the active minefield, and when not getting beat-down in softball by the sailors, sit around and shine their boots. The joke was always, the minefield was there not to keep the Cubans out, but the Sailors completing Refresher Training in! At the edge of the athletic field they built a staircase down the cliff, and at the bottom of the cliff, they built a small dock into the sea for swimming and snorkeling. We would spend hours floating in the heavy-salinated water, swimming, diving, and relaxing in the warm Caribbean air and water. We remained “far away” from fire drills, and crazy men in blue jumpsuits, all the while, counseling any of the emotionally disturbed sailors who transferred from the West Coast who still couldn’t believe Refresher Training in GITMO.

It wasn’t always easy, but we had a lot of great laughs and great memories.

And now to hear the hard part.

These days, GITMO is synonymous around the world and in our own country as the site of the former “secret prison,” where men were snatched up from the fabricated “War On Terror.” They are held, tortured, water-boarded and destined to die long before, not parole or release, but before they will even be tried as “enemy combatants.” Even the Nazi’s got a trial at  Nuremberg after World War Two.

I’m not saying the majority of these men are innocent bystanders, but the methods of imprisonment these men endure are against everything the United States claims to be; fair, just, proud, dignified. The United States routinely condemns situations like this around the Globe. I hope our military personnel never have to experience this same treatment.

Now, GITMO is no better than a Russian Gulag or a North Korean death camp.

Sadly, this is not like when GITMO was cool. 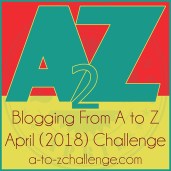 One thought on “Letter G- Guantanamo Bay; When GITMO Was Cool!”