South Dakota– One day at lunch, “Brooksie” told us he was going to be an explorer and travel cross-country. He couldn’t wait to drive up through South Dakota to follow the “Lois and Clark trail.” We told him that it’s Lewis and Clark, and that “Lois and Clark” was actually Superman and his girlfriend. Not missing a beat, he said “No problem, they’re welcome to come along too!” 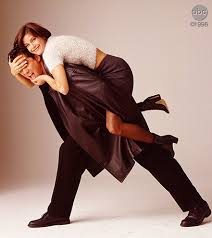 Tennessee– Soulsville, in Memphis is the unofficial name given to STAX records; musical home to many including Otis Redding, and Booker T and The MG’s. The Soulsville Foundation not only runs the STAX museum, but the STAX Music Academy that mentors “at risk” local children with music. If that wasn’t enough, they run the highly successful Soulsville Charter School with a rigorous education program mixed with music. The school has been outshining the local municipal schools with performance results using among other “tools” the “no excuses” policy to demand excellence.

Texas – I said to some guys in Texas one day; “how do you handle the heat?” They passed on the nonchalant dogma, “well Zulu, it’s not bad, you know, because it’s a “dry heat.” I told this to my other friend Dave in Texas. He shook his head while rolling his eyes. “Fools” he said. “Zulu, 100 degrees is still 100 degrees; it’s hot!” Thank you Dave! 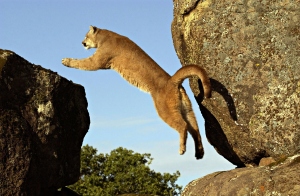 Utah –The other day near Sandy, Utah, a mountain lion was discovered “hunkered down”, near a steakhouse at the mall (probably just dropped in after a day skiing at Alta). Police said most people were not aware of the animal, while others just took video and pictures. This is an animal that can jump a school bus; the long way. The story is related to a serious problem animal control offices have been telling recently about the horrifying “new craze” to take “selfie’s” with wild animals, especially bears. Trust me, it may seem like a cool picture, but this will not end well!

Vermont – When I was younger, we moved out of the city of Boston to the “deep suburbs “of Burlington, Vermont. To coincide with an elementary school history lesson on the civil war, our teacher took us on a field trip to a “stop over” on the Underground Railroad. Knowing what I know now about history, it should have been an amazing thing to see. In actuality, to a young boy born in the city and exiled to the country who thought the subway of Boston was the most magical and exciting place in the world, standing in the middle of a barren hay-field near an abandoned farmhouse on a cold November day was just overwhelming sad. There were no trains, or tracks or dark tunnels where subway cars appeared and disappeared that used to whisk me off to the beach, or the amusement park, or to the tall buildings bustling with people where my father worked.  I love the fight for freedom, but I still miss the subway.

Virginia– The Chesapeake Bay Bridge and Tunnel spans 20 miles over the bay and at one points dips down under the water and earth at Thimble Shoals for approximately one mile. It’s this one mile that creates a unique parenting response. When all the local kids say to their mother or father  that they want to do something because “all the other kids are doing it,” do the parents come back with, “if all the other kids core- drilled their way out of the concrete tunnel into the water, does that mean you would too?”

West Virginia– Billy Joel’s “Ballad Of Billy The Kid” has some of the most clever lyrics. It starts out “From a town known as Wheeling West Virginia, rode a boy with a six-gun in his hand.” The song ends with “From a town known as Oyster Bay Long Island, rode a boy with a six-pack in his hand.” Genius. The live album “Songs In The Attic” is one of his best.

Wisconsin– In 2001, the U.S. Senate passed the USA PATRIOT ACT by a vote of 98 voting yes, and ONE voting no. That one no vote belongs to Russ Feingold of Wisconsin. John F. Kennedy wrote the history-dwelling Profiles In Courage long before 2001, and unless ghosts can write, I will have to be the one to “update” the new addition and add a chapter on Senator Feingold. Thank you Senator.

Wyoming– “Some” suggest the idea that large amounts of Bison running wildly atop the super volcano that is Yellowstone National Park indicates increased seismic activity. The notion that animals can sense earthquakes long before humans was written down as long ago as 373 BC by historians who claimed rats, snakes, and weasels deserted the Greek city of Helice days before a devastating earthquake.